When you think October in Michigan, you probably think about the fall colors, decorating pumpkins, and a Detroit Lions season that’s over before it really started. But if you’re in the automotive biz, you also think about the upcoming North American International Auto Show and the North American Car and Truck/Utility of the Year Awards.

You see, October is when the independent journalists who ultimately select the North American Car and Truck of the Year release their short list of vehicles that are under consideration for these awards. 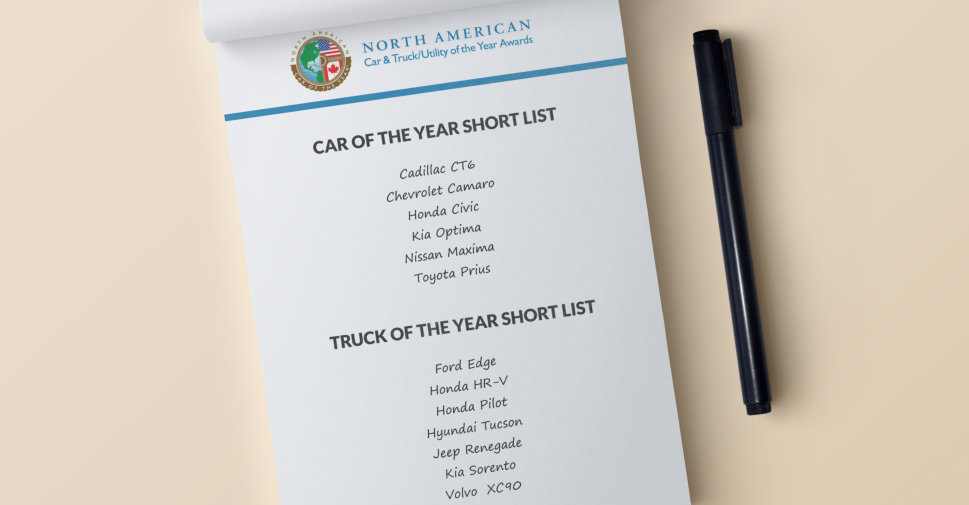 So without further ado, here are the vehicles that made the list:

As you can see, there are plenty of fine vehicles on the short list and all are probably deserving of winning their respective award.

However, the field will be narrowed down once again when three finalists in each category will be announced at an Automotive Press Association luncheon on December 8th in Detroit.

Once the finalists are announced, the three cars and trucks will be voted on again with the winning vehicles being named at a special ceremony held at the 2016 North American International Auto Show in Detroit, in January.

Do any of these cars, trucks and utility vehicles stand out to you above the rest? Share your thoughts in the comments section below!