The best thing in sports is here my friends, yes I am talking about March Madness and the NCAA Tournament. Besides the Super Bowl, this is the only sporting event that people who have zero interest in sports pay attention to.

So imagine what it does for those of us who love sports? It’s more than magical! 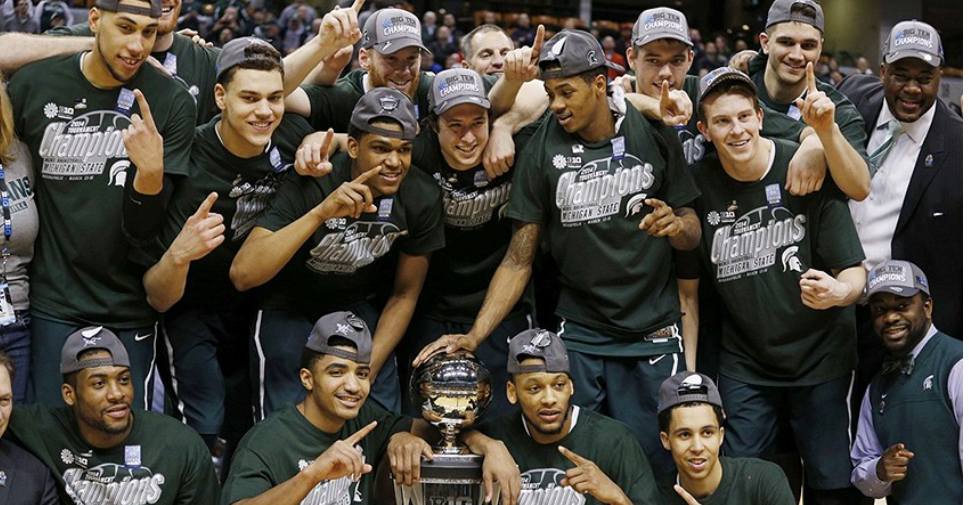 While each year the tournament is filled with surprises and upsets, there are two things that are almost guaranteed to happen each and every year.

#1 – Nobody will ever fill out a perfect bracket (but you can give it your best shot in our Family Deal Bracket Challenge).

#2 – The Michigan State Spartans will probably make a deep run in the tourney.

And as a University of Michigan grad, this hurts me…a lot!

It’s not all that often that the Spartan’s disappoint their fan base and quite frankly their success makes my inner Michigan Man green with envy.

So what are the chances that MSU makes another deep run? It depends on your point of view.

This year everybody is picking Kentucky to win the NCAA Men’s Basketball Championship, and for good reason. They are undefeated at 34-0 and have been smashing their opponents all season long.

The flip side of that coin is that no college basketball team has successfully completed an undefeated season since the Indiana Hoosiers did it in 1976.

So while many may think Kentucky winning it all is a done deal, I am going to go against my better judgment and give you 5 reasons why the Spartans can win this thing.

1. Easier Road to The Final Four

After going over the entire bracket with a fine tooth comb, I think that the Spartans lucked out and got the easiest side of the bracket with a pretty smooth road to the Final Four.

They should breeze through Georgia in the opening round which would set up a rematch from last year versus the 2nd seeded Virginia Cavaliers.

Virginia has been one of the premiere teams all season but one of it’s best players, Justin Anderson (G), is still recovering from a broken pinky finger and an appendectomy..

Anderson struggled in Virginia’s loss to North Carolina in the ACC tournament missing all 6 of his shot attempts. If he isn’t his old self vs MSU I could very well see the Spartans moving on.

The only other teams I see as potential teams that would beat MSU is #1 seed Villanova or #4 seed Louisville.

Villanova has not been a good tourney team no matter their ranking and I see them as being the worst of the #1 seeds in the tournament and very beatable.

Louisville has historically been one of the great tournament teams, but has been a disappointment this season.

It recently got worse with the dismissal of Chris Jones (PG) and now the Cards are forced to start an untested Freshmen in his place.

So If MSU can squeak past Virginia I could easily see them in the Final Four. And because Kentucky is on the other side of the bracket, the Spartans wouldn’t have to face the Wildcats until the championship game. 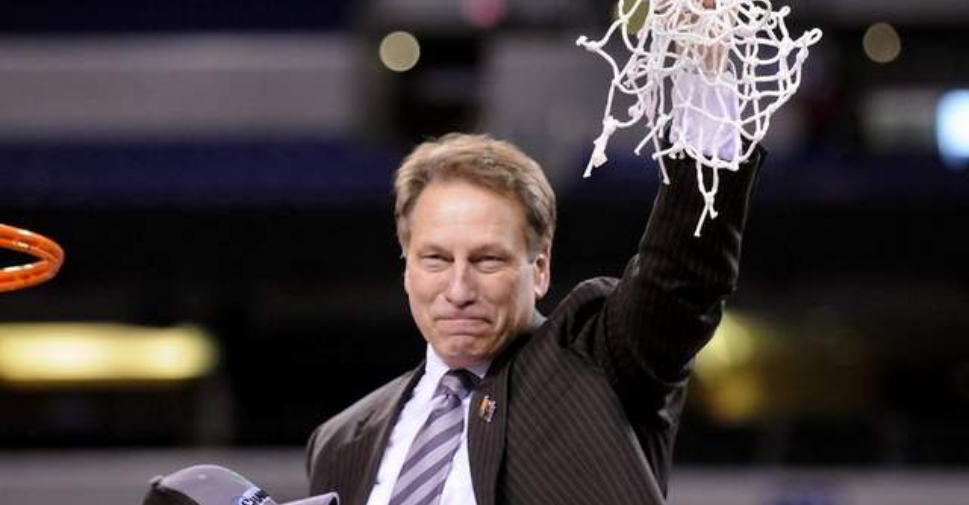 Tom Izzo seems to ramp it up come March and the Spartans have been one of the best tournament teams since Izzo became head coach in 1995.

It’s clear that Tom Izzo lives for March and I don’t know about you guys but when you are filling out your brackets, I would think twice about overlooking the 7th seeded Spartans.

So while I have the Spartans being bounced in round two by Virginia (Go Blue and Go Cavs!), I’ll begrudgingly say there’s a good chance that MSU gets over on Virginia and proceeds to go on a classic Izzo tournament run.

As I mentioned before, Michigan State has made the Tournament 18 years in a row and they have some upperclassmen with a ton of tourney experience.

Travis Trice, Denzel Valentine and Branden Dawson are MSU’s big three and have a history of showing up huge in big games.

In addition to these three players, there are six other players currently on the roster who were on last year’s Elite 8 squad who lost to eventual National Champ, UCONN.

There are not many teams that have the depth of experience that the Spartans have when the games are close and the time is ticking down.

Nobody expects the MSU or any other team to win it so what do you have to lose?

Good teams with nothing to lose can be scary and if Kentucky just so happens to not play their best or if they can get into foul trouble, miss free throws, etc. I think that Kentucky has the potential to lose.

All Kentucky has to do is have one bad game and their perfect season can end in a flash. As much as it pains me to say, I see MSU as a team that could hang with Kentucky if the lucky stars of East Lansing align just right.

Do I believe that it will happen? No, not really.

But once again I have to begrudgingly admit that MSU would have more than a punchers chance if they somehow get the opportunity to go toe-to-toe with the Wildcats. 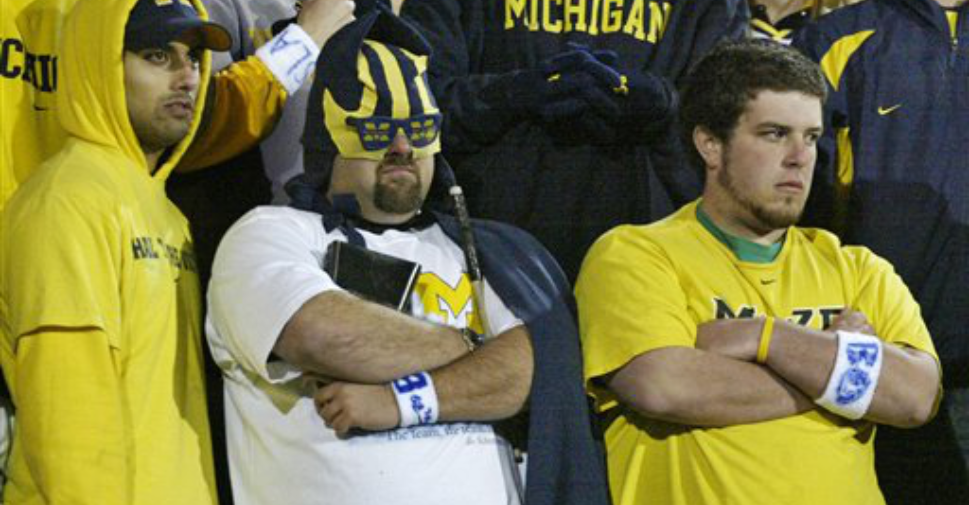 My fifth and final reason why I think MSU could win the NCAA Tournament is because Sparty is my sworn enemy!

Yep, as you have already figured out I bleed Maize and Blue and it would be just my luck that the year my team doesn’t make the tournament, MSU would go on a magical run to the Championship.

I can see it now, MSU hitting buzzer beaters, Tom Izzo with that typical Izzo smirk on his face, the confetti falling from the ceiling as MSU celebrates and then grabs the scissors to cut down the nets as One Shining Moment plays in the background.

Frankly, it would be like living out my own personal nightmare.