The Detroit Lions royally screwed up in the handling of Ndamukong Suh and his rookie contract when they restructured it not once, but twice.

While the restructuring in the short term made some sense, the end result was that the Lions were left in a horrible predicament in the 2015 off-season. 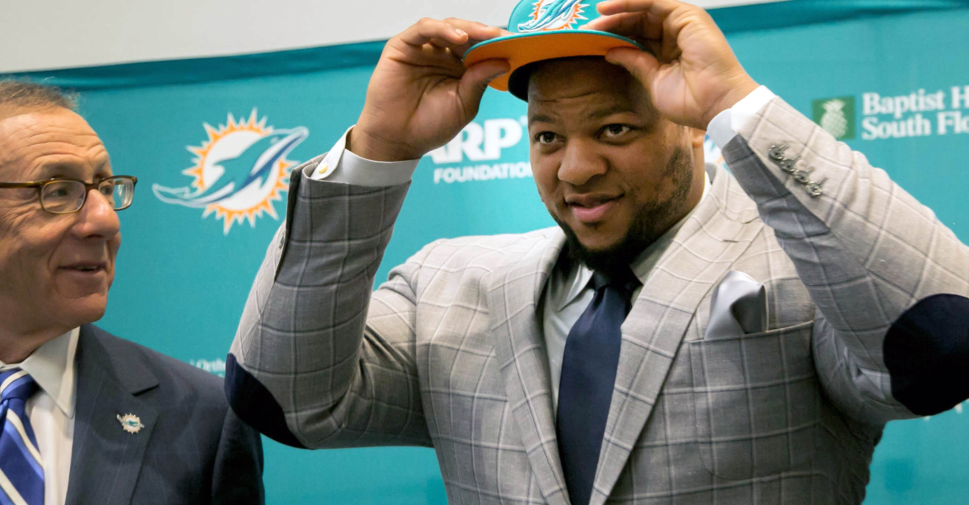 Because Martin Mayhew and the Lions management team couldn’t lock up Suh long-term prior to free agency, they essentially had two options in handling Suh:

We all know what happened next.

Suh declined the Lions offer which would have made him the highest paid defensive player in NFL history to chase even more money (and the warmer weather) that was being doled out by the Miami Dolphins.

The end result is that today Ndamukong Suh is a defensive tackle for the Miami Dolphins who just happens to be getting paid like he is an elite quarterback.

Hard to fathom, isn’t it?

So now what do the Lions do? They just lost their best defensive player (and arguably the best player on the team, period.) and got nothing in return.

While I can’t forgive the Lions for getting themselves into this predicament, I am going to give you 5 reasons why losing Ndamukong Suh may not be such a bad thing after all.

It became apparent that retaining Suh was going to force the Lions to commit a huge sum of money to Suh and at the position he plays – that just isn’t a move that makes sense.

So the good news is now the money the Lions didn’t spend on Suh can be spread around to multiple positions of need which could essentially make the Lions a more balanced and deeper defensive team.

The Lions could stand to get better and deeper in the secondary, linebacker and could still use a Defensive End that can rush the QB.

With out Suh, now the Lions can spread the wealth and become a better defensive team as a whole!

2. So you want Elite QB Money?

At the DT position it is really hard to make the impact necessary that would justify what you would have to pay him.

If he was an Elite Quarterback that has the ball in his hands a lot and has much more of an impact on the game then I could stomach it but a DT, just can’t do it.

Look at the best teams in the NFL, are any of them paying a Defensive Tackle anywhere near the amount of money it would cost to retain Suh?  NOPE!

Going in to 2014 Matt Stafford, Calvin Johnson and Ndamukong Suh were responsible for $51.3 million of the projected $126 million salary cap.

That’s is over 40 percent of the cap tied up in three players, which is more than any other team in the NFL.

The Detroit Lions did do well last year but were bounced in the first round of the playoffs. To continue building a team in this manner is a bad idea and has been proven to fail over and over again.

In my opinion, Suh actually did the Lions a huge favor by taking his talents to South Beach.

4. Haloti Ngata To The Rescue 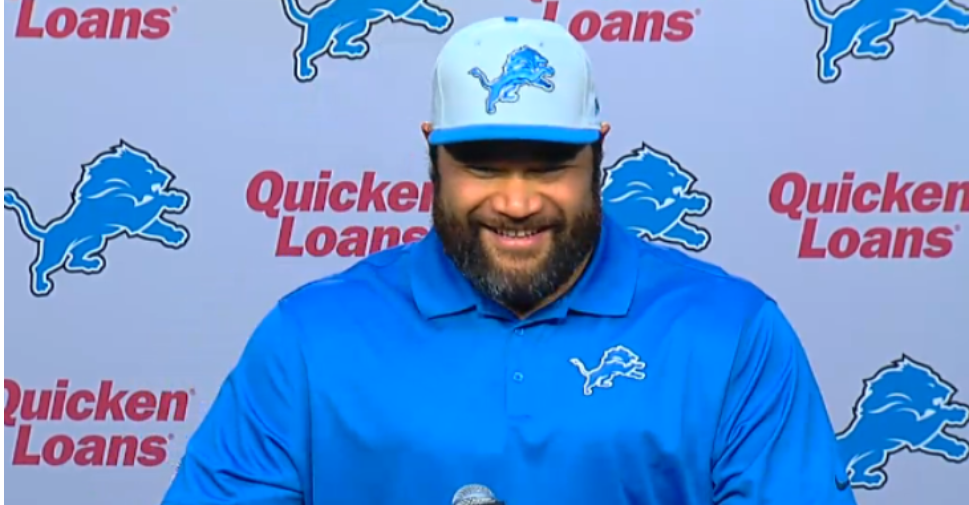 The Lions may have lost Suh but wasted no time in replacing him by trading 4th and 5th round draft picks to Baltimore for Pro Bowl DT, Haloti Ngata.

Haloti is a big body that is great at stopping the run and will be essential to the Lions success in 2015.

Although he may not have the ability to cause as much havoc in the backfield or really get to the quarterback like Suh did, he is still a proven Pro Bowl Defensive Tackle with a few good years left in the tank.

As we have seen over the years Ndamukong Suh has had his fair amount of issues on and off the field and he is currently regarded as the dirtiest player in the NFL.

Suh almost cost the Lions dearly last year after he stepped on Green Bay Packers QB Aaron Rodgers leg in week 17 and was suspended 1 game which just happened to be the Lions 1st Round Playoff game.

The suspension was eventually overturned but just putting your team in that situation was dumb and could of cost them dearly.

I love a player that plays with an edge but I also think you have to be smart at the same time and Suh proved that he can have a lapse of judgement at the worst possible times.

So there you have it my 5 reasons why I think the Lions are actually in a better position for the long term and that losing Suh isn’t the end of the world.

Are you like me and think the Lions will be ok or do you think that losing Suh is just the start of a downward spiral for the Detroit Lions?

Which side are you on?