I get it, I really do. We all love to be the guy that predicts something before anybody else does.

One of the great things about fantasy football is that it gives us the opportunity to step out on a limb and take a chance on a guy that nobody has heard of in hopes that they make you look like a genius by having a breakout season. 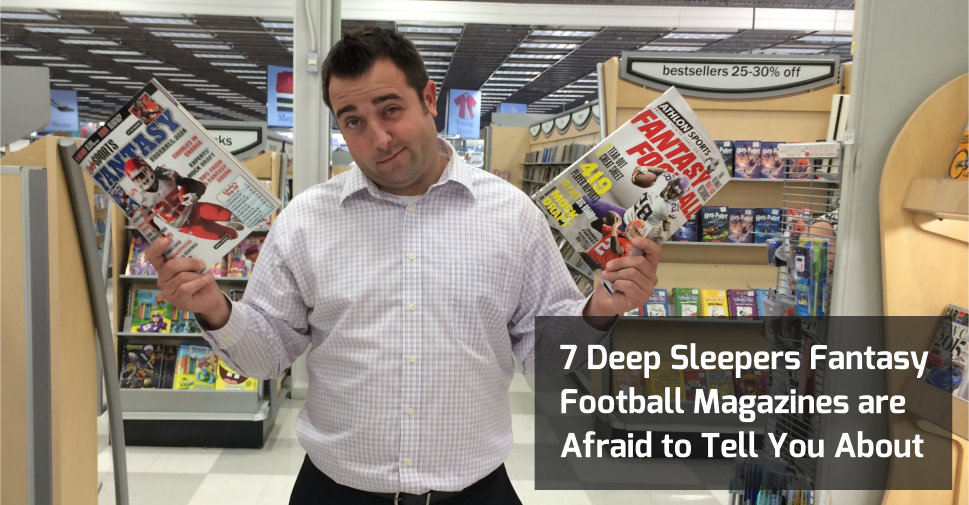 Over the years these types of players have become known as ‘Sleepers’ and without a doubt, having a sleeper or two on your fantasy football team is often the difference between winning and losing your fantasy league.

The problem is that because of the various magazines, blogs and websites dedicated to fantasy sports, it’s become more difficult to identify true sleepers.

If you look closely at these blogs and magazines (like I do) you’ll see that each publication pretty much identifies the same players as sleepers.

So the question is If everybody is tagging the same player as a ‘sleeper’, doesn’t that just make them a mainstream pick?

You bet it does!

For example, let’s say you think you’re being sneaky by targeting Justin Hunter (WR Tennessee) as a late round sleeper pick in your draft.

Well because every fantasy website in the world has named him as a sleeper, you can bet some knucklehead in your league is going to draft him way too early because his favorite fantasy mag said that Hunter was this year’s breakout fantasy sleeper stud.

The whole point of identifying a fantasy football sleeper is to snag a performer that no one else in your league is truly aware of. Heck, he may even have gone undrafted in your league.

For this article I wanted give you some unique insights that you can use in your draft or later on during the season.

The 7 players I’m about to list here I like to call ‘Deep Sleepers’ because you won’t find your local fantasy football blog talking about these guys in any meaningful way.

So with that, I’m happy to give to you my 7 Deep Sleepers and Waiver Wire Wonders of the 2014/15 NFL season! 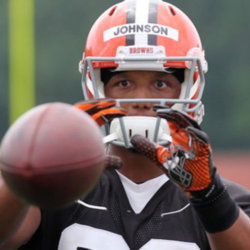 With Josh Gordon suspended for the entire season and the always injured Miles Austin topping the WR Depth Chart, Johnson could get thrown into the starting lineup by default. Keep an eye on him. 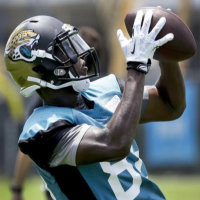 If you said I drafted the young guy on Jacksonville, everybody would be thinking Marqise Lee. Then you can say nope I drafted Allen Hurns.

Allen Hurns has had a breakout pre-season so far and has been the best WR tallying 13 Receptions for 230 Yards and a Touchdown. Hurns has shown great chemistry with both QB’s and has a chance to start over Marqise Lee or Cecil Shorts come week 1. 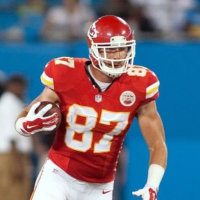 This is a high risk, high reward sleeper. I say high risk because out of college his draft stock plummeted because of off the field issues and he is still recovering from microfracture knee surgery which cost him all of his rookie season last year.

I also say reward because he is a prototypical TE, he’s big, he’s fast, he has great hands and can block! Kansas City is desperate for playmakers and Travis Kelce just might be the answer. 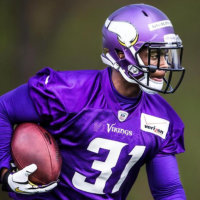 The Vikings lost a reliable back-up to Adrian Peterson when Toby Gerhart decided to take his talents to Jacksonville.

But not to worry my friends, let me introduce you to Jerick Mckinnon. Mckinnon has drawn comparisons to Reggie Bush and is almost a lock to be the #2 RB in Minnesota.

He looks to also get some time in the return game as well as play in some 2-back sets and be a pass catcher out of the backfield. If you have AP, take Jerick late before everybody else sees this kid. 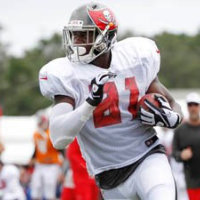 The recently acquired Wright from the Tampa Bay Buccaneers will fit into that role that AH held and we all know there are plenty of stats to go around at the TE position in New England.

Wright was a former WR that was highly regarded last year but never really lived up to the hype, but if anybody can turn this guy around to fantasy relevancy its Bill Belichek and the Patriots. Also don’t forget that Gronk can’t seem to stay healthy as well so keep that in mind. 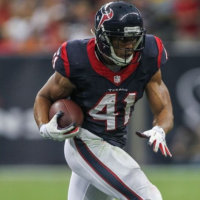 Grimes appears to be in line to be the #2 RB behind Arian Foster this year. Grimes has impressed this preseason running 24 times for 103 Yards with a TD and also catching 4 passes for 49 yards in 3 games total.

Considering that Foster is coming off an injury, Grimes is one of those players you should draft late in drafts – especially if you drafted Foster.

Grimes could breakout if given the chance and you don’t want to be late to the party on this guy. 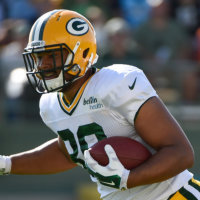 Aaron Rodgers is raving about the 3rd Round Pick out of Cal, Richard Rodgers so far through the pre-season. This 6’4 257 Pound machine has great athleticism and has been a standout so far and looks to be in line to beat out veteran TE Andrew Quarless and up and comer Barndon Bostick.

We could be hearing Rodgers to Rodgers for the TD before you know it!

There you go guys, that’s 7 deep sleepers you can either draft for your team or pick up on the waiver wire in the near future.

And because practically no one will read this article, you can rest assured that you and you alone will be the keeper of these sleepers.