After completing a season long series of Fantasy Football articles, my bosses were so impressed that I was asked to write a weekly column covering the current hot topics of Detroit sports.

At first I wasn’t sure because I’m pretty busy with my regular job, but after minutes of negotiation I decided that their offer of not firing me if I did this was more than enough to persuade me to take the gig.

So now that Fantasy Football is over, I am going to dive right into the Detroit sports scene giving you the coverage you crave in an exciting and unique way.

I had hoped my first post would be about something happy like the hiring of Jim Harbaugh or a Lions playoff victory. But due to unforeseen flag pick-ups, plans have changed! 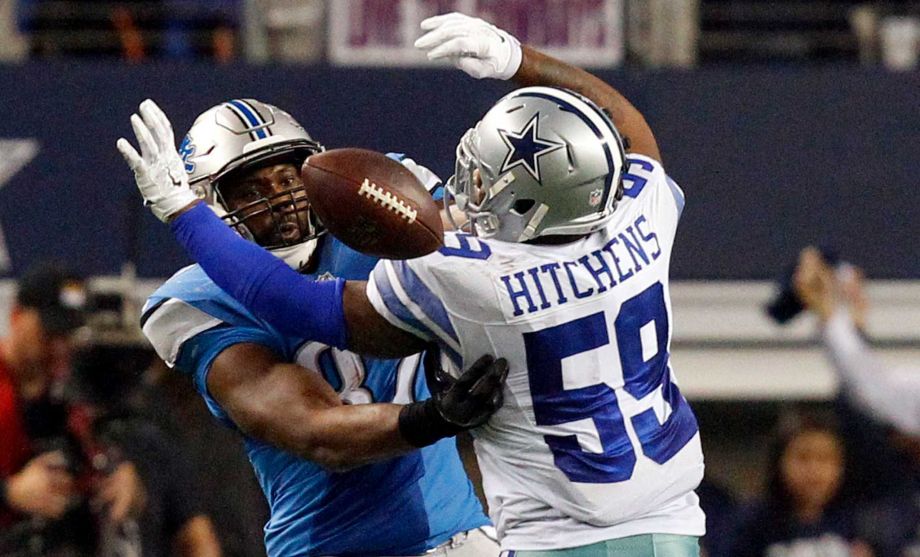 So as we collectively sit back and bemoan the opportunity that was ripped out from under us by the poor officiating in our recent playoff (fix) loss at Dallas, that got me thinking – how does the Flax Fix of the 2014 NFL Wild Card Playoff game rank among the all-time worst calls in Detroit Sports History?

I’m going to warn you, reliving these 8 terrible calls may make you a little sad and angry all over again, so grab some tissues and a pillow to punch just in case.

This play has been called the worst goalie interference call in NHL History.

It all started on October 29th of last year when Red Wings Center Luke Glendening skated by Capitals Goalie Braden Holtby as he went to play the puck behind the net.

Holtby sent the puck into the corner and as he skated back to the front of the net he fell down. The Red Wings would put the puck in the net, and then the unthinkable happened. Whistle!!

NO GOAL, goalie interference was called on Glendening who actually never touched Holtby during the play. The Red Wings still went on to win the game 4-2 but this play was what everybody was talking about. 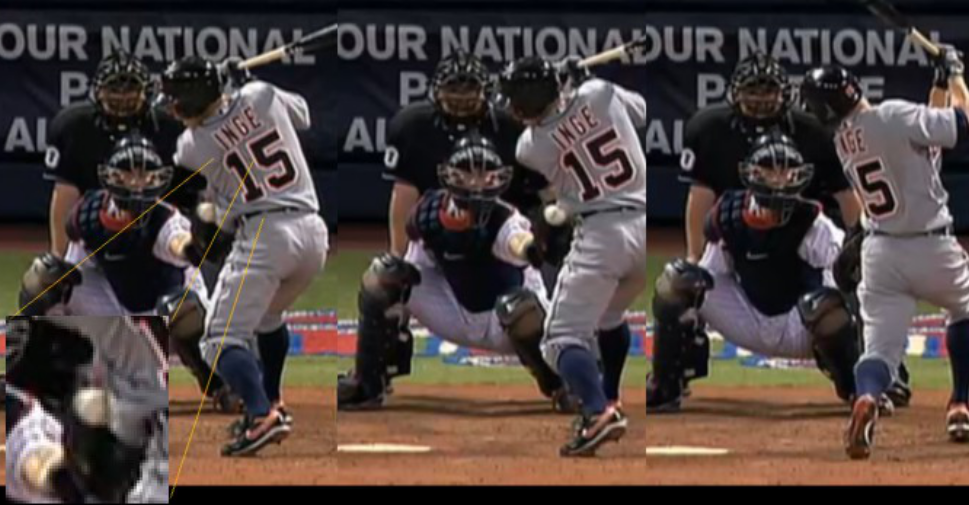 The Tigers were playing the Twins in a one game playoff for the right to move on in the postseason.

Brandon Inge stepped to the plate in the 12th inning after Keppel had intentionally walked Ryan Raburn with one out to load the bases and set up a potential double play.

Keppel threw a first-pitch fastball that came inside on Inge and grazed his jersey.

The umpire just called it a ball stating that it didn’t hit Inge. The replay would say otherwise and the non-call cost the Tigers the go ahead run and momentum with the bases still loaded with only one out.

The Tigers would go on to lose during the bottom half of the inning and the Twins moved on while the Tigers were left to wonder what could have been.

Justin Forsett takes the handoff and is clearly tackled where you can see his elbow hit the ground and then his knee but he gets back up and runs 81 yards for the TD.

Lions Coach Jim Schwartz was so incensed that he threw the challenge flag (whoops).

To top it off the Lions would receive a 15 yard unsportsmanlike penalty as well.

The Lions would go on to lose in Overtime.

Before I get in to this one I should note that I’m a U of M (Dearborn, it counts!) grad. If you’re a MSU fan, then this one would probably rank as one of the best calls of all time. But since this is my article, it’s one of the worst!

In 2001 Michigan traveled to East Lansing for another meeting with arch rival Michigan State and nobody knew that the ending of this game would be talked about for years to come.

Michigan was up 24-20 and Michigan State was driving in the final seconds of the game.

With 17 Seconds remaining in the game QB Jeff Smoker takes the snap and has nothing, so he scrambles down to the 2 yard line.

The clock is now winding down and they scramble to get back to the line to spike the ball and it appears as once they go to snap it the clock stopped at :01 second as they were going to spike it.

In all actuality the clock should have hit double zeros and the game should have been over. This time keeping error was the birth of whom they call “Sparty Bob”.

Sparty Bob was running the clock and was the one who prematurely stopped the clock at :01.  This play changed college football and no longer does anybody with any affiliation to either school run the clock.

The Lions traveled to Chicago to face the Bears in week 1 of the season back in 2010.

The game was tight the whole way and as the 4th Quarter was nearing its end Lions QB Matthew Stafford connected with Calvin Johnson for what looked to be the game winning TD and a 21-19 lead for the Lions with mere seconds remaining.

Not so fast!! The closest field judge with the best angle on it called it a TD but a second official came in and said that he didn’t believe Calvin completed the process.

After reviewing the play Calvin would come down with the ball in bounds and as he goes to get up he uses the ball palmed in his hand to help him up and then lets go of it.

They decided that he did not complete the full process of the catch and the Touchdown was taken away.

A new controversy was born!

Lions fans were cheering everywhere because on 3rd and 1 in Cowboys territory already up three points a blatant Pass Interference flag was thrown when Dallas OLB Anthony Hitchens prevented Lions TE Brandon Pettigrew from a shot at catching the pass.

Hitchens was grabbing, holding and did not have his head turned around to make a play on the ball, which my friends is basically the definition of Pass Interference.

But then the unthinkable happened we started to hear the cheers of the Dallas crowd and we were thinking either there are a lot of Lions fans there or the Dallas faithful are severely confused about what just happened.

Then BOOM, the pass interference flag that was thrown, announced to the crowd and already re-spotted was picked up! UH WHAT??

There was no explanation to the crowd and we were all left dumbfounded.

I have watched hundreds of football games and have never seen this happen before especially at such a crucial time of the game, where the Lions were on the field and that this is a playoff game.

We all know what happened next the Lions would punt it away on 4th and 1 for a putrid 10 yard shank.

The Cowboys would then drive down the field for the game winning TD and with Stafford fumbling on the final drive it was over.

In 1988 the Pistons were looking to win their first NBA Championship in the history of the team and were on the verge of winning until the infraction known as the phantom foul was called.

The Pistons were up 3-2 in the series and with :14 seconds remaining Kareem Abdul-Jabbar, being guarded by the Pistons Bill Laimbeer, went to shoot his famous skyhook but was unsuccessful and the ball rattled out.

Bill Laimbeer who only slightly touched Kareem was called for a shooting foul and Kareem was awarded two free throws which he went on to make.

The replay confirmed that there was no foul but it was over, the Lakers went on to win by one and would finish the Pistons off in Game 7.

Armando Galarraga lost his bid for a Perfect Game on a blown call with two outs in the 9th inning.

The Indians Jason Donald came to the plate with two outs and hit a grounder to the right of 1st Baseman, Migeul Cabrera who fielded it cleanly and threw a strike to Galarraga who went to cover 1st base.

Armando stepped on the bag before Donald reached the bag but first base umpire Jim Joyce called him safe.

The fans at Comerica Park, Galarraga and the rest of the Detroit Tigers sat stunned in disbelief.

An emotional Joyce later admitted that he blew the call and said that it was the biggest call of his entire career.

Armando would go on to retire the next batter to finish the game but the damage was done and history was changed with one blown call.

Which Call Do You Think is the Worst?

I have to admit, putting together this article was pretty hard. Having to relive all of these terrible moments that affected my beloved Detroit sports teams was quite emotional.

How would you rank these 8 terrible calls? Do you agree or disagree with my rankings? Are there any other bad calls that you think should be on the list?