Once known for being the car your grandfather drove, Buick has been making bold statements lately with their design, technology, safety and overall luxury (you know, things that people of all ages can appreciate)

We’ve seen it here in the dealership ever since the redesigned Buick LaCrosse hit our showroom in 2010 and since then, Buick has been putting out vehicle after vehicle that is setting a new standard for affordable luxury.

From the Regal and Verano to the Enclave and Encore – Buick now boasts an all-star, luxury lineup.

Obviously we’re a little bit biased having Buick Dealerships in Ann Arbor and Highland (and for full disclosure, I drive a Buick Verano myself).

So don’t take my word for it, take the word of one of the most respected 3rd party names in the automotive retail industry – Kelley Blue Book.

The 2014 Buick Enclave, Encore & Verano each just won a KBB.com 5-Year Cost To Own Award. 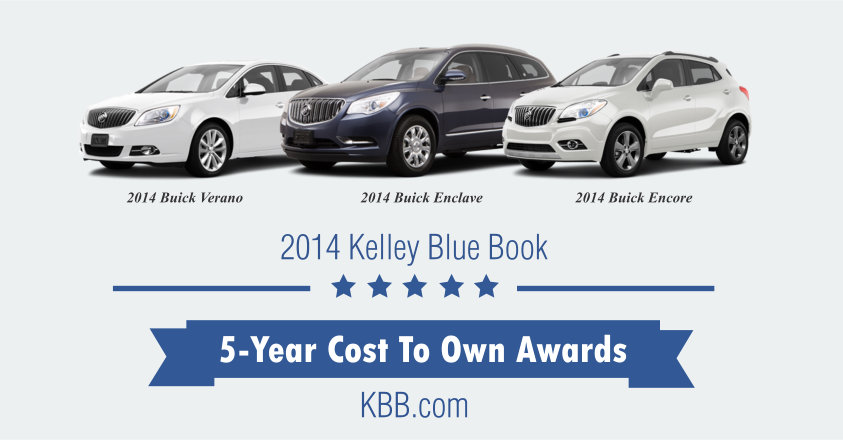 These awards are based on KBB’s analysis of the 5-year ownership costs of all 2014 model-year vehicles available for sale in the United States. The analysis considers every key criterion that figures into the overall cost to obtain and operate a motor vehicle over a five-year period.

Included among the factors are financing costs, insurance costs and state fees plus the anticipated costs of fuel, scheduled maintenance and repairs. Also included are the critical factors of purchase price and projected depreciation.

Now that you know how each of the vehicles were graded, let’s take a look at the vehicles to see why and how they won a KBB.com 5-Year Cost To Own Award. 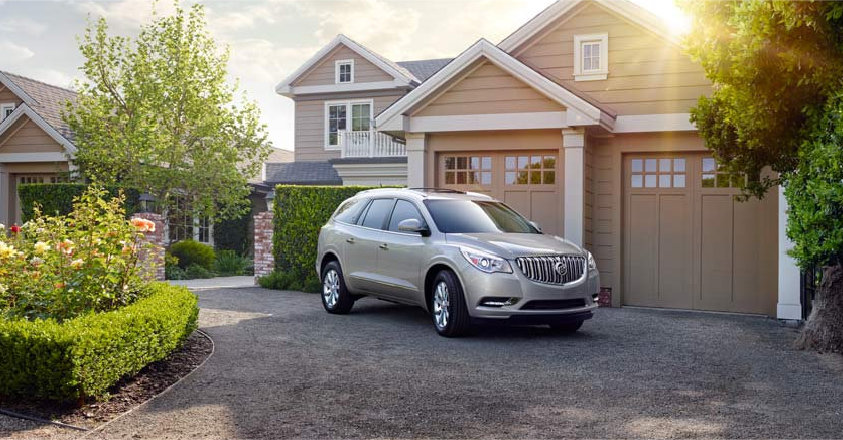 Just one look at the Enclave is all it takes to tell that this SUV exudes luxury and style.

But it’s not just about looks folks – the Enclave is truly a useful vehicle for passengers and utility alike.

The Enclave’s stylish looks, quality interior and hushed cabin combined with its low cost of ownership over five years is proof that you don’t have to break the bank to ride in the lap of luxury.

With standard features like power seats, a power rear liftgate, 7″ touchscreen, a rear-view camera and a starting price just over $35,000, it not too hard to see what makes the Enclave so attractive. 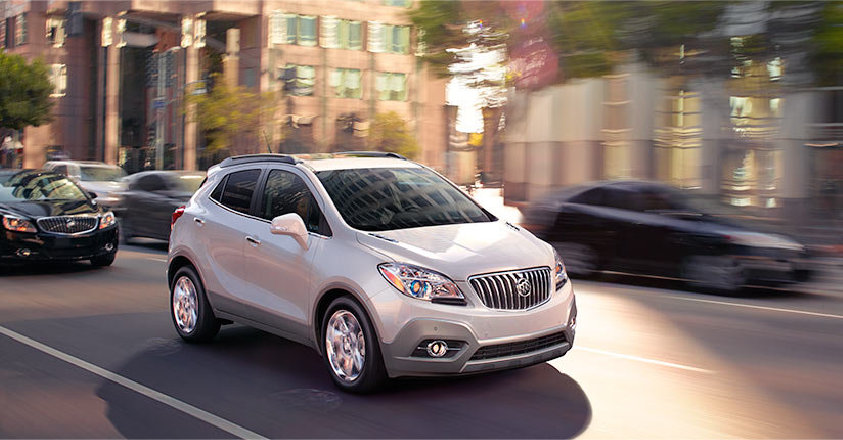 After making it’s debut at the 2012 North American International Auto Show, the Encore has cornered the market in the Luxury Compact SUV segment.

What makes the Encore special is it’s turbocharged 138-horsepower 1.4-liter 4-cylinder engine mated to a 6-speed automatic transmission. Not only does this combo give you amazing fuel economy of 25 mpg city and 33 mpg highway – it’s just flat-out fun to drive.

KBB.com sums it up nicely:

The compact size, long list of options like rear cross traffic and side blind zone alerts, plus an upscale interior that features a 7-inch touchscreen as standard equipment combine to make the Encore a standout in its class. 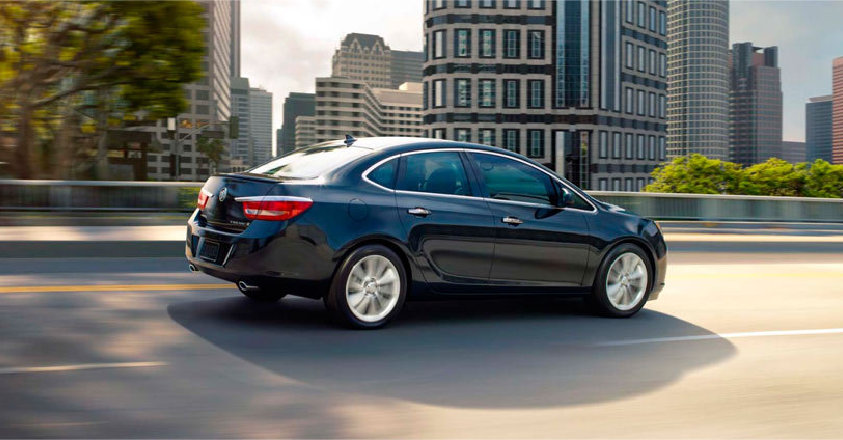 Whizzbangs and gizmos aren’t the only things that turn an ordinary car in to a luxurious one. For many luxury car shoppers, comfort and quiet are just as important as technology and convenience features.

As a proud Verano owner, I can speak directly to all the qualities that make the Verano an award winning vehicle.

Remember how I said that this isn’t your grandfather’s Buick? The KBB crew agrees:

Beyond the Verano’s winning combination of style, suppleness and value is its attractiveness to a wide range of buyers, not the least of which is a younger generation new to the Buick brand.

Want to know what makes the 2014 Buick Verano even better? You can often lease one for under $200 per month!

I love seeing the look on people’s faces when they encounter a new Buick for the first time. Usually it’s a look of shock and surprise, followed by an “I had no idea that THIS was a Buick!” exclamation.

Are you surprised that Buick is taking the world of luxury cars by storm and competing directly with Acura, Audi and BMW? Share your thoughts in the comments section below.