Well I’m excited to say that I am back with my weekly Fantasy Football Blog and I’m looking forward to sharing my knowledge, tricks and tips to help you win your fantasy football league.

With Fantasy drafts taking place as we speak I wanted to go over a few things that will help you get off on the right foot because a bad draft can end your season before the first game has taken place. 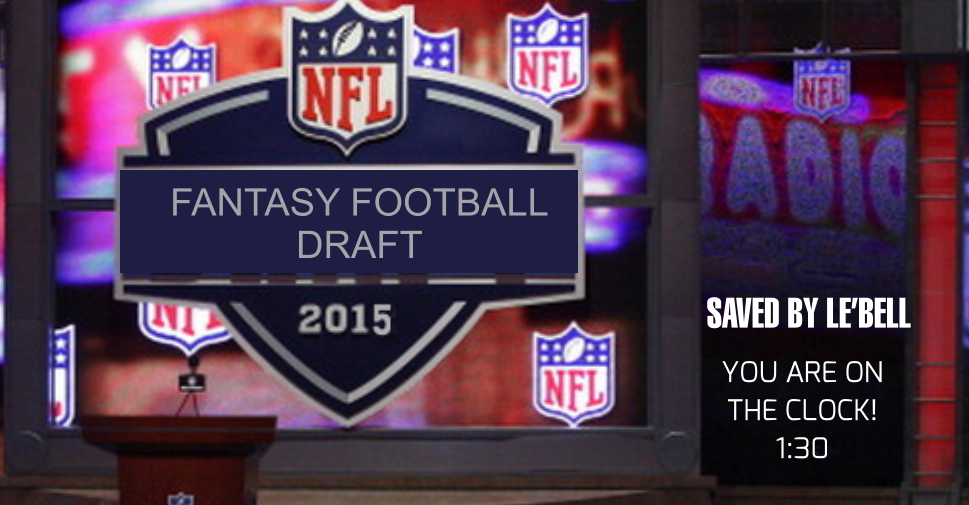 Some of these tips may sound obvious but I see these mistakes happen year in and year out during drafts. Remember, I don’t just tell people what to do, these are the tips that I follow for each and every fantasy draft I do.

Ok, let’s start simple. Make sure you rank your players accordingly to that scoring.

For example If your league is a PPR league then you need to make sure you target WR’s that get a ton of Targets/Receptions and Running Backs that catch the ball a lot out of the backfield should be draft targets.

Be aware of what the other teams drafting around you need, especially if your draft is a snake draft and you are drafting toward the beginning or end of the round.

For example if you draft 10 of 12, your next pick is coming up and mid-way through the draft teams 11 and 12 both have a QB and your thinking about snagging a QB with your next pick.

Well your best bet is to wait until your next pick on the way back since it is very unlikely that the two teams drafting after you will draft a 2nd QB.

This will allow you to possibly draft the player they were looking at and also get your QB on the way back, WIN, WIN for you.

3. Be Aware Of Injuries 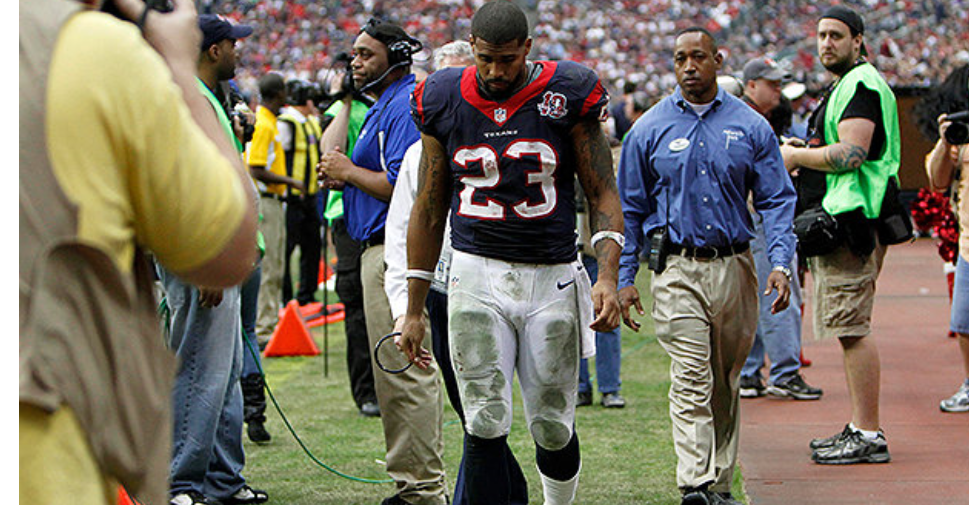 Make sure you are aware of recent pre-season and off season injuries. Heck, sometimes injuries happen during your draft (see Jordy Nelson) so make sure you’re constantly paying attention.

Whatever your do, don’t be the guy that drafts Houston Texans RB Arian Foster in the first round who recently had surgery and is going to miss significant time this season.

Best bet is to steer clear of him early in drafts but if he falls to you late, he may be worth a roster spot especially if you have a reserve spot or large amount of bench spots.

Wait, wait, he’s on what team?

Make sure you are fully aware of all of the trades, free agent signings and which fantasy superstars might be wearing a new uniform this year.

For example, the star running back from 2014 Demarco Murray is no longer a Cowboy – he is now on the Philadelphia Eagles (you have been paying attention, right?!) which most of the fantasy experts believe actually hurts his value for this year.

He is on an Eagles team that loves to spread the ball around and also has fellow Running Backs Ryan Mathews and Darren Sproles in the mix.

Lots of mouths to feed there. 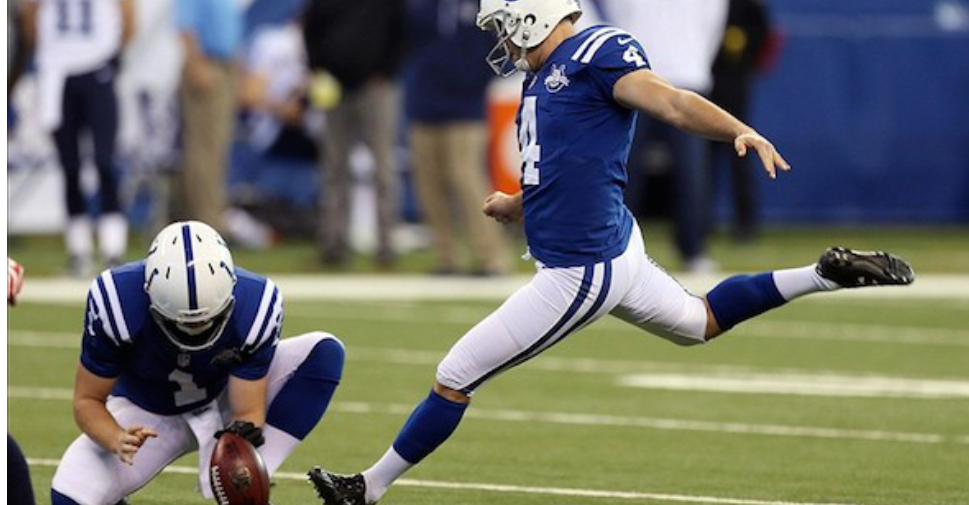 Do not, I repeat do not draft any Kickers or Defense until the last few rounds.

Every year the top kickers and defenses change so it makes no sense to waste mid round picks on them hoping they mirror last year’s stats.

I also would not recommend taking any TE in the first 4 rounds, unless you can snag New England TE Rob Gronkowsk in rounds 2 or 3.

Don’t get me wrong I love Gronkowski but his draft price this year is just too high.

He has a history of getting injured and he doesn’t have Tom Brady for the first 4 games of this year (at this point, Tom Brady is currently fighting his suspension in court)  which doesn’t help.

It’s best to use those mid round picks to stack up on depth at the RB and WR positions. Let somebody else draft him and when Tom comes back maybe you have some pieces to make a trade for Gronk if your TE isn’t cutting it.

6. Be Aware of Players Schedules During Potential Playoff Weeks

This is definitely a more experienced move for those who believe that their team will be in the playoffs for sure.

Make sure you check team schedules to see who plays outdoor games during weeks that are the playoffs.

This is more for Quarterbacks so If you are debating over a couple QB’s and one plays indoors or in nice weather cities during the playoff weeks you may want to go that route.

Feel free to pull the trigger on the elite QB’s like Luck and Rogers but if you are decided on mid level QB’s it’s something to consider.

You may find out the QB’s you are debating over play indoor and outdoor games in bad weather cities during those crucial playoff weeks so it may not matter but it’s better to be prepared just in case.

What to do about Bye Weeks?

I’m big on drafting the best players available that will make your overall team the best if all are on the field that week.

I really don’t pay too much attention to bye weeks until I start looking for potential backups and sleepers later in the draft.

Odds are the team you draft is not going to be the same exact team at the end and may be different come the big bye weeks around week 9 and 10.

So the moral of the story is, take the best guy and don’t take a lesser player because it clashes with your bye weeks.

8. To Mock Or Not To Mock, That Is The Question?

I am big on doing mocks but not for the reason you may think.

There isn’t really any reason to do mocks to compile a full team because you’re doing mock drafts with 9-11 people that you don’t know and who knows what league scoring they are drafting for.

So I would say mock if you want but I wouldn’t waste too much time on it.

Houston Texans RB Arian Foster – Injured and may miss half the season +. If you can get him late go for it as long as you have extra bench spots but age and injury history are a huge concern.

San Francisco 49’ers QB Colin Kaepernick – He has a lot of question marks around him as far as weapons go.

He lost RB Frank Gore, WR Michael Crabtree, WR Stevie Johnson in the off season and the 49ers have had one of the worst off seasons as a team in recent memory.

Tampa Bay Buccaneers RB Doug Martin – I’ve been burned too many times to believe the hype again. Apparently he’s lost 20 Pounds and looks like a beast in training camp.

Good Luck but I won’t have this hamster in my cage this year!

New York Jets WR  Brandon Marshall – Marshall has been super productive in his career but now he’s on a new team with a backup QB starting the season.

Starting QB Geno Smith has a broken jaw and will be out a while and no offence even if he was starting I was worried about Marshall but now.. NO THANKS! 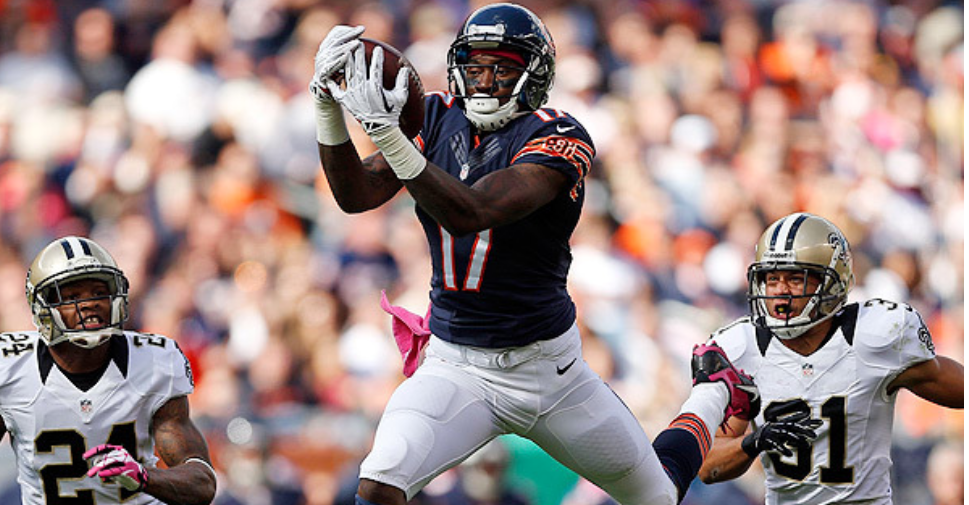 Denver QB Peyton Manning – Everybody is sleeping on Manning and I think that’s a mistake.

I hear they want to run more and they are down a few weapons but I think this is his last year and he’s poised for a huge year as long as he can stay healthy.

Chicago WR Alshon Jeffrey – Brandon Marshall is gone and top draft pick Kevin White has a stress fracture in his knee and may miss all of 2015.

That leaves Alshon Jeffrey to be the main man in Chicago and that bolds well for his fantasy value… GET HIM!

New Orleans WR Brandin Cooks – Kenny Stills and Jimmy Graham are gone so that leaves an aging Marques Colsten and up and comer Brandin Cooks.

He is a speedster that can flourish in the Saints high powered offense and I see him being the breakout WR this year.

He ended up a top 15 running back on limited carries and he looks to improve this year as the lead dog.

C.J. Spiller is also in the mix for some carries but lets be honest, he can’t stay healthy so no need to worry.  Ingram is the guy!

So there you have it, hopefully some of these tips will help set you up for a Championship Season.

Next week I will dive into my super sleepers for 2015, you know the players who everybody isn’t already talking about as a sleeper so these are actually unknown guys that could surprise.

Do you have any drafting tips to share with us?  We would love to hear from you, just comment below.