Every year in Fantasy Football there are guys that seemingly come out of nowhere to help your team dominate and then there are those other guys.

And by those other guys, I mean the guys you drafted early who were supposed to carry your team but they either got hurt or they seem to completely forget how to play football. 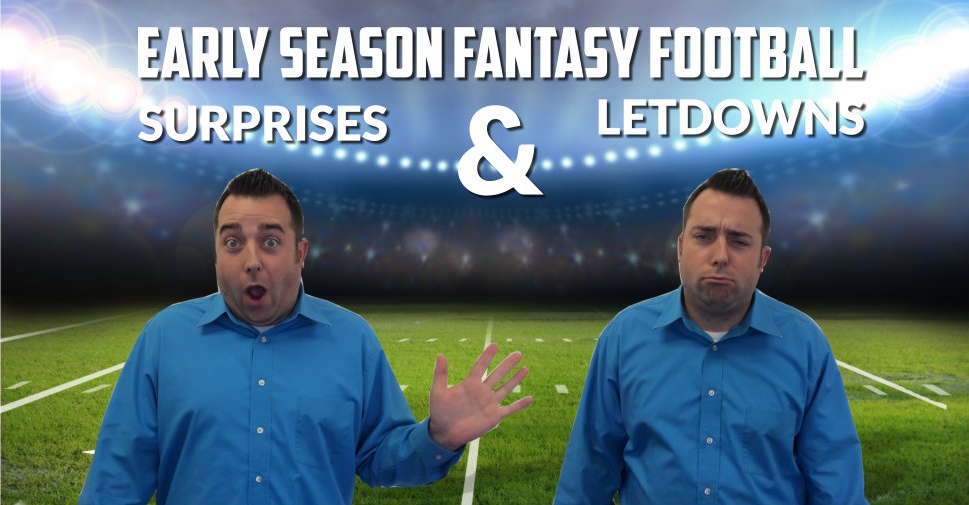 A prime example of this happened last year with then Cleveland Browns RB, Trent Richardson – a top 15 pick in most fantasy leagues.

After Richardson was traded to the Colts, fantasy owners got even more excited (I was one of them) because now he was the RB in a high powered offense that was primed to score a ton of points.

What happened next however was not expected. Richardson looked slow, was awful and essentially fell flat on his face dashing the championship dreams of so many fantasy owners.

This year has been no different.

The trend continues as we have some Fantasy Surprises and Letdowns that have come to light after the first 2 weeks. 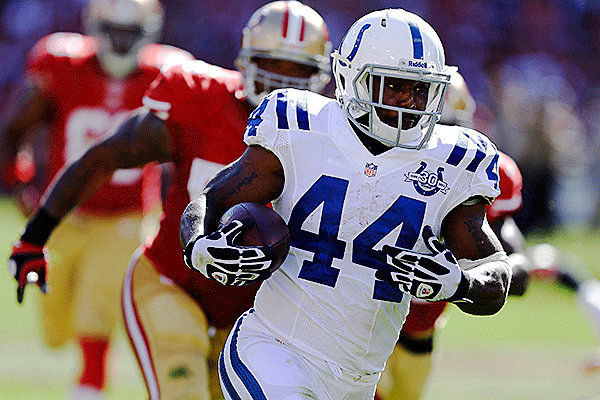 Ahmad Bradshaw has had his fair share of injuries in his career and has now been delegated to a backup role in Indy behind the aforementioned Trent Richardson.

The problem for the Colts is that Trent hasn’t lived up to the hype since coming over in a trade from Cleveland and has opened the door for Bradshaw to get back in the fold.

Now that Bradshaw is healthy and has been given the opportunity to play with a little more with Trent’s struggles he is showing he is the more complete back.

So far after the first two weeks of the NFL season, Ahmad has outplayed Trent and he showed Monday Night that his career might be re-born with an awesome performance of 13 Carries for 70 Yards, 5 Receptions for 26 Yards and 2 TD’s.

Trent on the other hand hasn’t done a whole lot with only 49 Rushing Yards/Game so far, fumbled twice last game and continues to show a lack of vision. 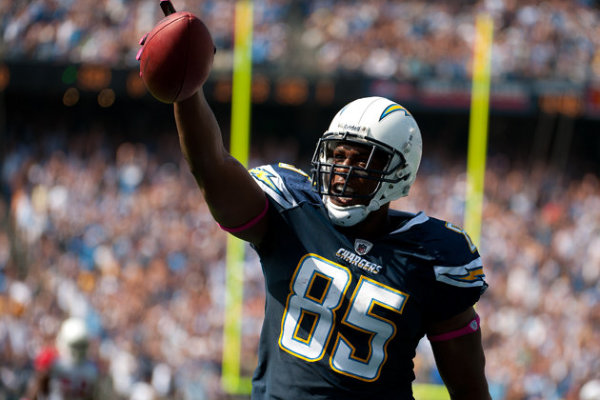 Antonio Gates was all but written off coming into the 2014 Season but he has shown so far that there just might be a little left in the tank of this aging TE.

He started the season ranked outside the top 15 in most fantasy rankings and was mainly be drafted as a backup TE because most fantasy owners were drafting and hyping up the other younger San Diego TE Ladarius Green.

But not so fast! So far through the first two weeks of the season Gates has been the main man reeling in 13 Catches for 177 Yards and 3 Td’s while Green has only 2 Receptions for a measly 24 Yards and 0 Td’s.

Looks like Gates might have found the fountain of youth and it’s time to get Gates back in the TE1 Conversation. 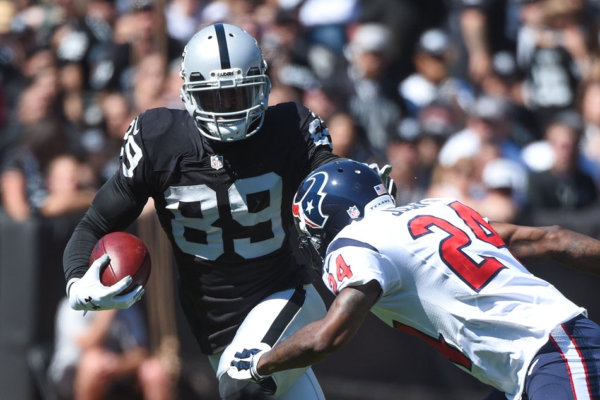 We all loved James Jones when he was on the Packers because, well, he had Aaron Rodgers throwing him the ball.

However nobody was liking Jones this year and for good reason.

Jones was going to an awful Raiders team that isn’t expected to compete for the playoffs and after the Raiders named Rookie QB Derek Carr the starter nobody was liking any Oakland WR’s.

But wait there just might be a fantasy diamond in the rough in Oakland with Jones this year.

After two games Jones has been targeted 17 times with 12 Receptions for 146 Yards and 2 TD’s.

He is slated as the 3rd WR on the depth chart, but after his performances so far I would have to think his stock is on it’s way up. 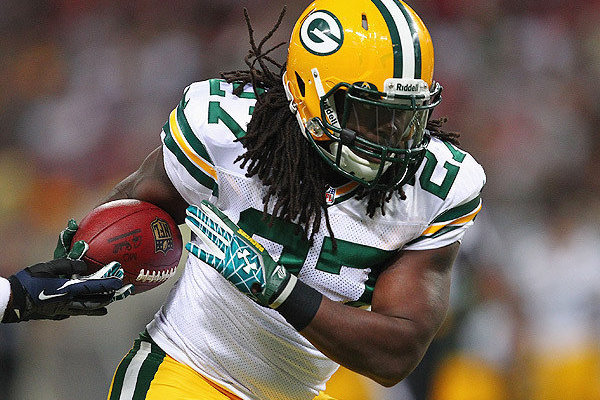 Lacy entered this season as a top-five fantasy Running Back but just has not been able to get it going so far after the first couple weeks.

That is way, way, way too low of attempts for fantasy owners who were counting on Lacy getting 20 + rushes/game and over 100 yards rushing.

As disappointing as it is, I wouldn’t panic yet.

Green Bay did have a couple tough match-ups early and Lacy did leave in week 1 with a slight concussion so my guess is the tide will turn but it’s definitely not the start fantasy owners were counting on.

With the Detroit Lions being the Packers opponent for Week 3, Lacy might get the jump start to the season fantasy owners have been hoping for. 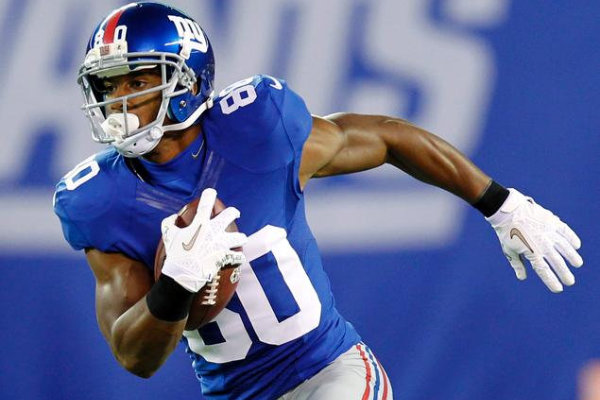 Victor Cruz was ranked this season as a Top-15 WR and was many expert’s picks to have a bounce back season after a disappointing 2013 where he failed to hit pay dirt after week 4.

So far these experts could not have been more wrong and Cruz has struggled mightily to start the season.

After 2 weeks he only has 7 Receptions for 84 Yards and 0 TD’s. He is calling for more balls to be thrown his way but looks to be losing the confidence of QB Eli Manning after he has dropped 5 passes so far.

So while I’m not too worried about Lacy, I’m starting to think that Cruz may be cruising his way to the waiver wire soon. 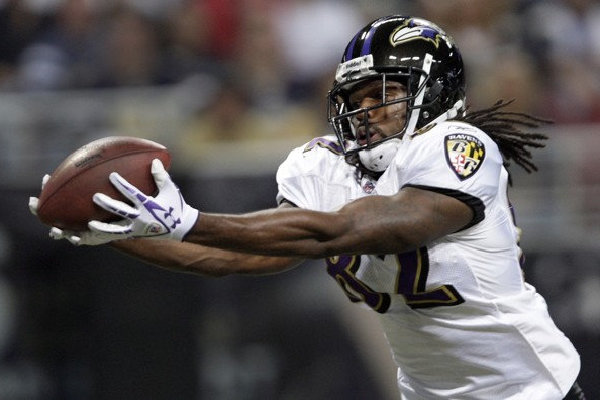 Torrey Smith is that big play WR who had a breakout season last year totaling 1,128 Yards and 4TD’s.

Many thought coming into this year that he was poised to step up and become possibly a top 10 Fantasy WR.

Ravens QB Joe Flacco even went so far to say that he believes Torrey will have 100 Receptions this year.

So with all that being said,  it is quite puzzling to see Smith with only 4 Receptions for 60 total yards and no touchdowns so far after two games.

What’s even more surprising is to see that he isn’t even being targeted very often. Check this out

I still like Smith as WR with an high upside, but if this keeps up it might be time to stash him on your bench and wait for him to finds his stride.

So there you have it, a few surprises and a few let downs from this early 2014 Fantasy Season.

If any of these surprises are still available on waivers I would do my best to scoop them before they’re gone.

If you own any of the early season letdowns, be patient and hope that they can give you some sort of return on your investment or you may have to be the mastermind of some interesting early season trades.