You have made it through all the injuries, the game time decisions, the tough matchups, the crazy bye weeks and the moment we have all been waiting for has arrived… It’s the Fantasy Football Finals!

Only 2 teams remain and this is the time where the tough decisions make all the difference. 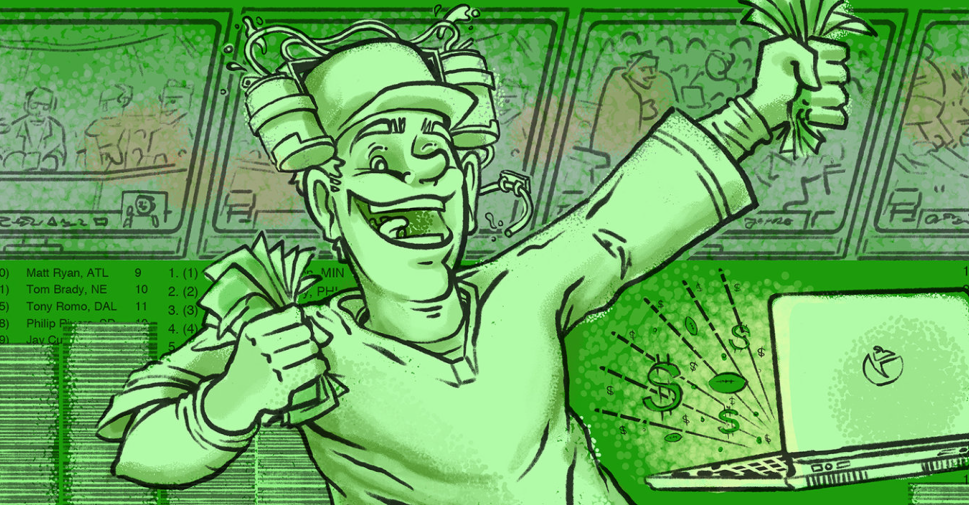 Better player with a tough matchup vs lesser player with better matchups, top QB vs tough Defense or mid-level QB with the amazing matchup, top QB in a bad weather game or ok you get it….

In my final fantasy football blog of the season I will go over some matchups that could derail some fantasy studs and I will suggest some possible waiver wire gems that could convert guts into glory!

Here are some players that I’m guessing are on a number of teams in the finals that I think may struggle this week due to bad matchups:

Fantasy Studs That May Struggle

QB Peyton Manning – Denver  Broncos: Peyton has a tough matchup this week taking on the Cincinnati Bengals Defense that ranks 3rd in fewest points given up to Quarterbacks.

Nonetheless I would not suggest sitting Peyton ever in life! Play him as usual.

The Cardinals are down to their 3rd string QB and this defense knows that it’s fate will be determined on how they play.

I expect this to be a very low scoring game and I just don’t see Wilson putting up big numbers this week. I would look elsewhere this week if it were me.

QB Ben Roethlisberger – Pittsburgh Steelers: The Steelers are at home this week vs the Kansas City Chiefs who are the 9th best Defense in points allowed by QB’s.

This game has the potential for bad weather as always in Pittsburgh and I can see the Steelers leaning heavily on the run game.

It’s not the worst play this week but if you have a better or similar option I would be tempted to make a switch.

WR: Denver WR’s (Demaryious Thomas, Emmanual Sanders): Like I mentioned above the Cincinnati Bengals are stingy against the pass which means they are extra tough on WR’s.

With that being said I would deploy them as usual with tapered expectations.

WR: TY Hilton – Indianapolis Colts:  The Colts take on the Cowboys who have given up the 7th fewest fantasy points to WR’s this year.

Hilton also tweaked his hamstring last week and is Questionable to play.

Odds are he plays but with a tough matchup and slightly injured I wouldn’t blame you for sitting him in favor of somebody else.

WR: Josh Gordon – Cleveland Browns:  Josh Gordon’s QB is Johnny Manziel! I was able to play him last week and survive my matchup but I won’t chance it in the Finals, no way! 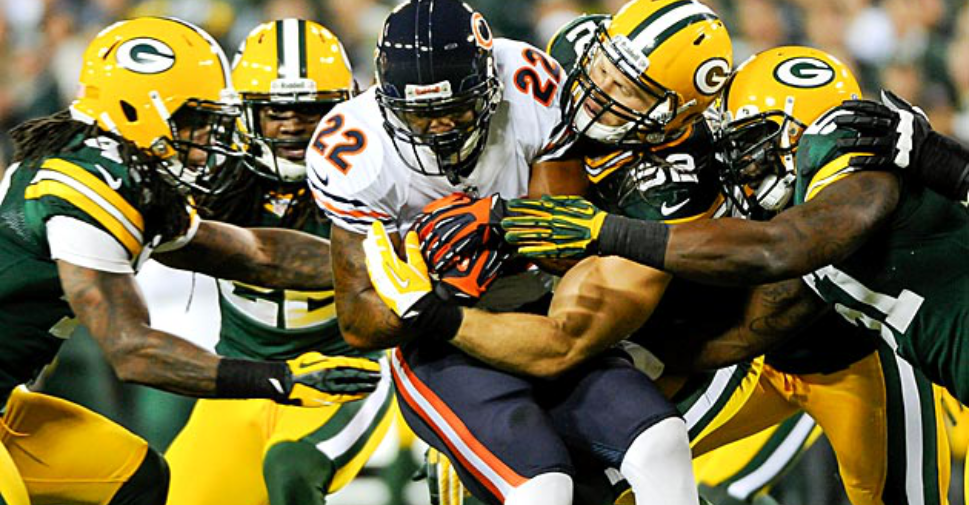 RB: Matt Forte – Chicago Bears:  The Chicago Bears look awful right now and they already seem like they are ready to break out the golf clubs.

This week it doesn’t get any easier either as they play Detroit who has a top 5 Defense against the run.

Just a few weeks ago Detroit held Forte to 6 Rushing yards on 5 carries.  Forte will catch some passes out of the backfield but I would be running far far away from Forte this week.

RB: Arian Foster – Houston Texans:  The Texans will lineup across from the Baltimore Ravens this week and will be trotting out either Case Keenum or Tom Savage at QB (YUCK)!.

It doesn’t help that Baltimore gives up the fewest points to Running Backs this year and will most likely make the Texans QB beat them and not Foster.

I love Foster but this week I’m sitting him down if I have any other descent options.

If you decide to sit down any of these fantasy studs and you don’t have any better options you might have to hit the waiver wire to find some quality replacements.

Here are a few players that I would target.

QB Mark Sanchez – Philadelphia Eagles: Sanchez has been awful as of late but the future is looking brighter this week with a juicy matchup against the Washington Redskins.

The Redskins give up the 2nd most points to Quarterbacks and the Eagles are in a must win situation to keep their playoff hopes alive.

In the first meeting vs Washington Nick Foles threw for 325 Yards and 3 Touchdowns and I would expect a similar output for Sanchez this week.

RB Julius Randle – Dallas Cowboys: Demarco Murray broke his hand in Week 15 and had surgery earlier this week and he may not be ready for the Cowboys game this weekend.

If that’s the case and he sits Julius Randle would most likely get the start. Randle is a quality back and would be a solid RB 2 or Flex option this week against the Colts.

If he’s available grab him, even if you aren’t going to play him.  There’s no rules in blocking anybody else from getting him.

RB C.J.Spiller – Buffalo Bills: Spiller was activated this week and is in line to play this week vs Oakland.

This is a very risky start because he’s been out so long but if you are desperate and he gets a descent amount snaps this week he could do some damage against a very weak run defense in Oakland. 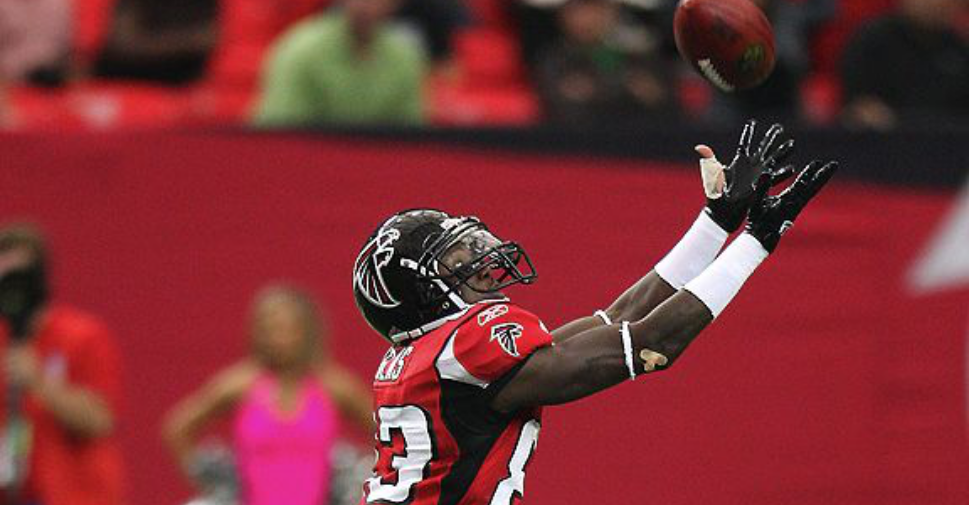 WR Harry Douglas – Atlanta Falcons:  This is contingent on the status of WR Julio Jones.

If Jones plays Douglas will still be a descent option but if he sites I would scoop Douglas and insert him right into your lineup.

In 2 of the last 3 games Douglas has double digit targets and over 100 yards receiving and in the first meeting with a healthy Julio he tallied 6 Receptions for 69 Yards.

WR Charles Johnson – Minnesota Vikings:  Johnson has become the Vikings top WR threat and has not disappointed as of late.

He has been pretty solid the last 5 games since he has been inserted into the lineup and he is playing on every offensive play for the Vikings.

If he is still out there and you need a WR this week he is a great option.

Well there you have it the last Fantasy Football blog of the season (sniffle, sniffle).

Hopefully some of the tips and advice I talked about over the year were helpful to you in your quest to win your league.

If it was too late for you this time maybe throw some of these tools in your toolbox for next year and you will be ready to dominate in 2015.

Good Luck to all of you who are battling this week for the Fantasy Crown! See you next year!