This year the summer concert series takes on a new look and feel because each of the musicians performing will be playing in the comfy confines of the all-new LaFontaine Family Amphitheater. 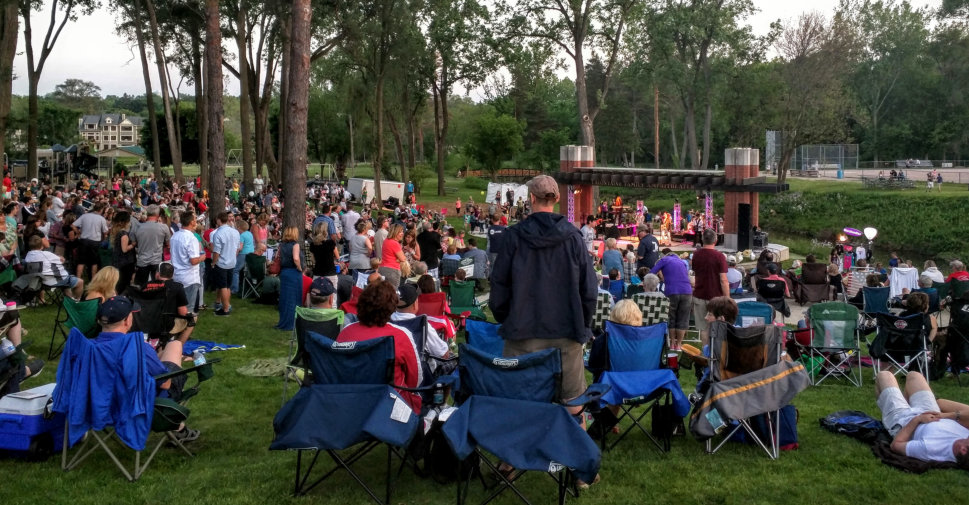 The free concert series kicked off on May 28th with an inaugural performance by 50 Amp Fuse with close to 2,000 area concertgoers in attendance.

And don’t worry if two thousand people sounds like too big of a crowd for you, you’d be surprised at how comfortable a venue the LaFontaine Family Amphitheater is – there’s plenty of room for everyone with space to spare!

The concerts are free to attend and each show starts at 7 pm. Concessions such as hamburgers, hot dogs, drinks and ice cream are available for purchase at the park. 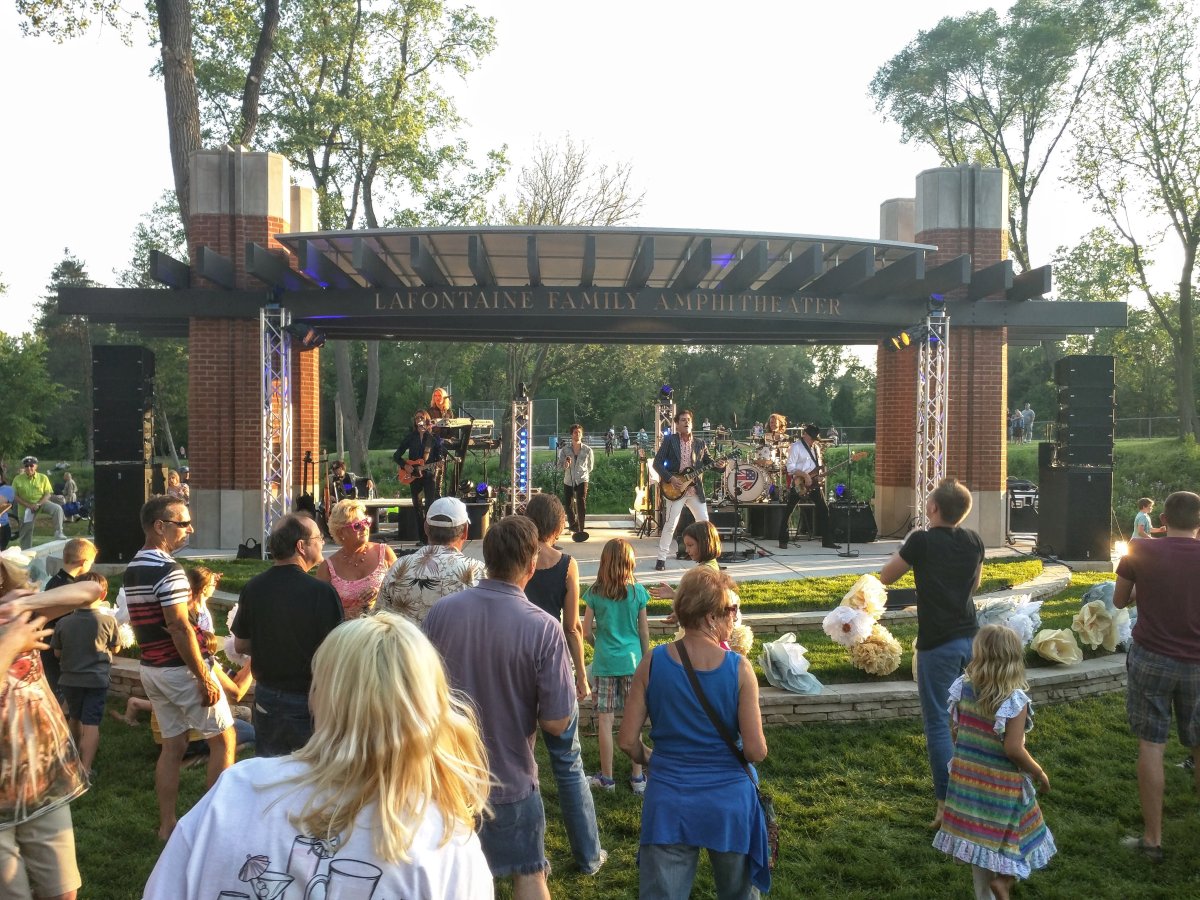 Billy Mack is a great entertainer and one of the best voices on the music scene today. His strong, smooth voice, combined with his incredible vocal range, dynamic stage presence, and experienced ensures that Billy and the JJJ’s will keep the dance floor packed with boppers, rockers, two-steppers and swing-dancers alike! (more about the band)

With a big-as-the-room sound, the ability to rock the doors off the toughest clubs, the heart to keep a crowd hanging on every note and the party going till closing time, Annabelle Road blows in from the intersection where rural and urban sensibilities meet. (more about the band)

The past 9 years have taken Paisley Fogg from a basement in Bay City to the Dream Cruise, via fundraising for needy children and touring small town Michigan summer festivals. A little bit of British Invasion, with a dose of American Psychedelia and a whole lot of folk rock’s 3-part harmony is what has kept it interesting for these 6 best friends. (more about the band)

The Toppermost Beatles tribute has been entertaining fans across the region for eight years, and each year they have been the most booked tribute act in the state. (more about the band)

The Randy Brock Group was formed in 1996 as a power trio with Randy Brock on guitar, Mike Rowe on Bass, and Brian Deming on the drums. The line-up now features Felice Bernardara on drums and Karl Goebel on keys. For the past 12 years, the band has been a staple of the Detroit live music scene developing their style and talent and have gained a reputation as one of the hardest working bands in Detroit. (more about the band)

Persuasion has been performing in the Metro Detroit area for more than 15 years and is considered one of the most high-energy bands in the Midwest. (more about the band)

Steve King and the Ditties

Showcasing hit songs from the 1930’s through the present. Traditionally an ‘oldies’ band, the Dittilies’ repertoire focuses about 30 years in the past, spiced with current topical comedy and delivered with world-class sizzle. (more about the band)

Kimmie Horne, is a consummate entertainer! A native Detroiter, Kimmie is considered by many to be one of the most outstanding Performer & Recording Artist to emerge from this area in years! Her beautiful alto voice coupled with her unmatched ability to perform and entertain puts her in a category of her own. (more about the band)

Mr. Moody is a high energy, “party music” type of band that does everything from Patsy Kline to Poison from Elvis to Metallica! They have been featured on the Mitch Albom show, performed at Arts, Beats, & Eats for 5 years, played the auto show, and a lot of other festivals, corporate events and weddings. (more about the band)