I’m going to let you in on a little secret…

Right around the time our digital marketing team was getting ready to cover the 2014 North American International Auto Show, I began to hear whispers that maybe (just maybe) we’d adding a Subaru franchise to our family of dealerships in the near future. 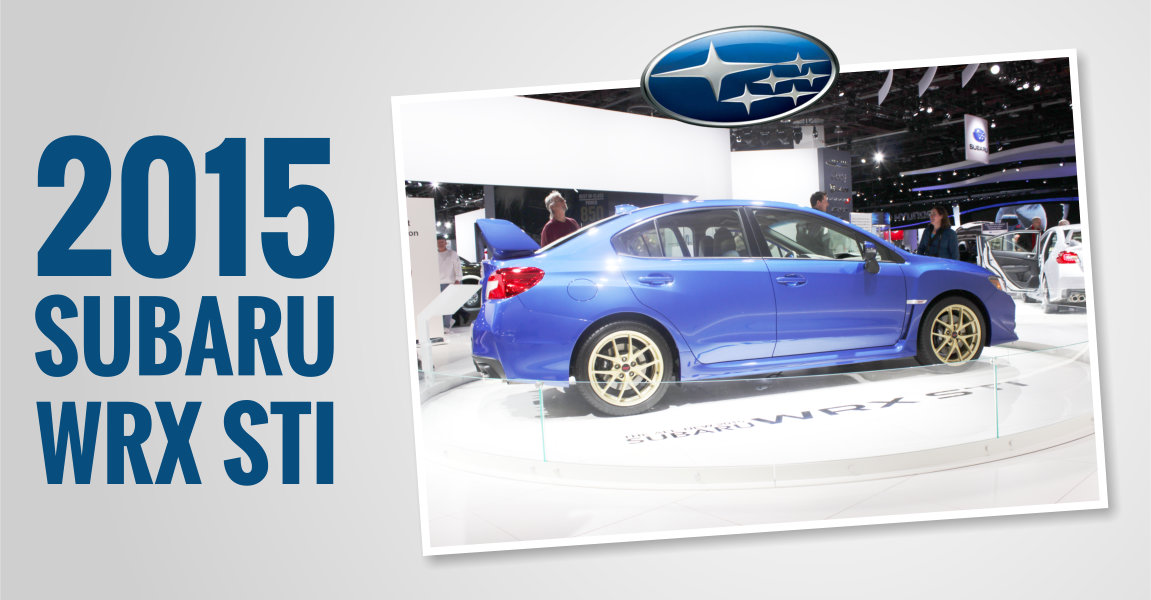 So as we made our way downtown, I kept reminding myself to keep my eyes open for something cool and fun from Subaru that we could add to our media library. You know, something to have on hand to share just in case.

It wasn’t long after we got done shooting a video on the North American Car and Truck of the Year that I wandered towards the Subaru exhibit…and stopped dead in my tracks.

There, standing confidently in front of me, was quite possibly one of the coolest looking cars that I’ve ever seen.

Painted a vibrant shade of blue and adorned with gold alloy wheels, I realized I was standing face-to-grill with the 2015 Subaru WRX STI.

This particular model is known as the 2015 Subaru WRX Launch Edition, and all I could say was “wow”.

So grabbing my trusty Canon Rebel T3i, I began to snap as many pics of this magnificent vehicle that I could.

I’ve been hanging on to these WRX pictures for four months, just dying to share them with an appreciative audience.

Now that LaFontaine Subaru in Commerce, Michigan has opened, I can finally let the car out of the bag and share the pictures of this amazing vehicle with you!

Turbocharge Your World with the 2015 Subaru WRX STI

As you can see, the 2015 Subaru WRX STI looks like an amazing vehicle, especially this limited Launch Edition in Pearl Blue.

With only 1,000 Launch Editions available, the all-new 2015 Subaru WRX STI is one of the most sought after performance vehicles. Sophisticated inside and out with top of the line performance enhancing power under the hood, the WRX STI is a true leader of the pack.

The all-new Subaru WRX STI is focused on performance and handling. With a 305-horsepower turbocharged SUBARU BOXER® engine, Subaru Symmetrical All-Wheel Drive and Brembo® brakes, there’s a reason Motor Trend is saying “the WRX STI is our number-one fabricator of fun.”

This perception-shattering sedan performs with the agility of a sports car. The WRX STI has a quickened steering ratio of 13.0:1, suspension with 16% less body roll and a stiffened body structure by 41%, making it the most responsive, best-handling STI, ever.

“All the while, the STI’s trifecta of intelligent differentials distributed power seamlessly, preserving a deceptively hurried clip. Two things became noticeable at this point: how articulately the flat-bottom steering wheel communicated, and how calm the chassis remained, with no tendency to understeer on these back roads.”

The Subaru WRX STI gives you many reasons to boast, including its interior. With a leather-wrapped D-shaped sport steering wheel, rear vision camera and 440-watt premium audio system with 9 Harman Kardon speakers and amplifier, you’re sure to drive in style and comfort.

Even the protruding rear wing on the WRX STI serves a purpose. It adds minimal drag as well as downforce.

When you’re not showing off your new WRX STI on the racetrack, there’s plenty of room for everyday driving. This versatile Subaru has 60/40 split folding seats, 12 cubic feet of trunk space and widened rear door openings. Plus, the one-inch stretch in the wheelbase allows for a couple of extra inches in leg room.

Stop by LaFontaine Subaru to test drive the all-new 2015 Subaru WRX STI – it’s sure to please the adrenaline junkie inside us all.