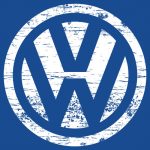 Today I think we're all familiar with the award winning Volkswagen Passat. But did you know the Passat was originally known in North America as the VW Dasher? The very first Passat came to be in 1973, and was one of the most modern European family vehicles one could buy. But here in the … END_OF_DOCUMENT_TOKEN_TO_BE_REPLACED