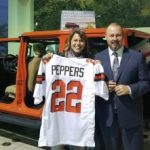 It’s always a good feeling to give back, don’t you agree? Each month at LaFontaine Chrysler Dodge Jeep Ram of Fenton, a raffle is held to raise money for a non-profit that is close to our hearts, right in our community – U CAN-CER VIVE. This creative approach was spearheaded by the store’s … END_OF_DOCUMENT_TOKEN_TO_BE_REPLACED 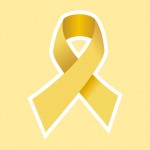 Lauren LaFontaine, grand-niece of Mike Sr. & Maureen LaFontaine, was diagnosed in May 2013 with a rare form of cancer called Ewing's Sarcoma. Lauren started experiencing pain in her left calf in April 2013. Initially, her doctor assumed it was just a strained muscle, but after weeks of … END_OF_DOCUMENT_TOKEN_TO_BE_REPLACED