Let’s face it, probably more than half of us who tuned in to watch the Patriots take on the Seahawks in Super Bowl 49 were doing so primarily to be entertained by the commercials.

In years past, automakers gobbled up advertising slots like Malcom Butler gobbles up ill-advised passes from Russel Wilson – often times accounting for 25% or more of all commercials that air during the game. 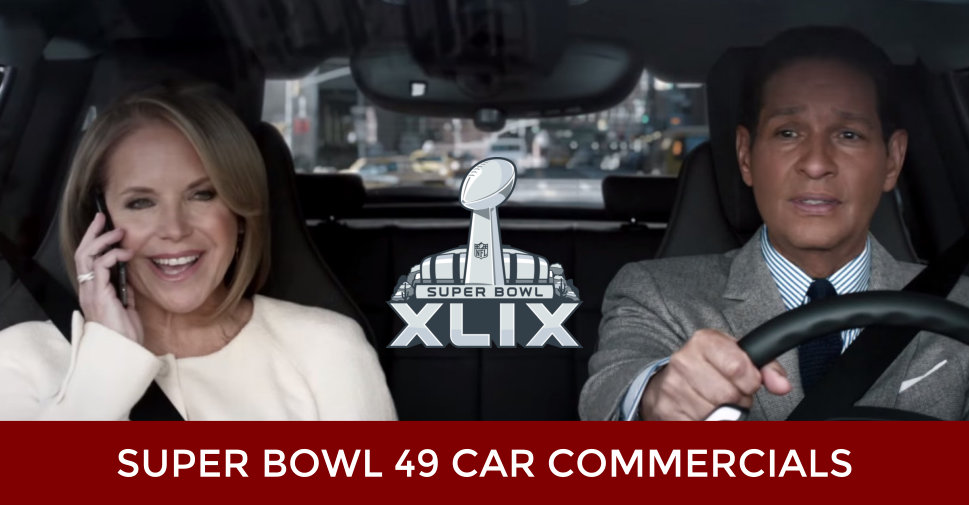 This year however, only a handful of automakers shelled out the big bucks to reach Super Bowl viewers – with big names like Ford, General Motors, Honda and Volkswagen sitting this one out.

But for those automakers who did air commercials during the game, it seems they spent their 4.5 million dollars for 30 seconds of air time wisely.

If you missed the spots during the game or want to watch them again, here are the Super Bowl Commercials that aired from BMW, Dodge, Fiat, Jeep, Kia, Lexus, Mercedes, Nissan and Toyota.

Toyota Camry – “How Great I Am”

Which of these Super Bowl car commercials do you think is the best? Share your favorite in the comment section below!